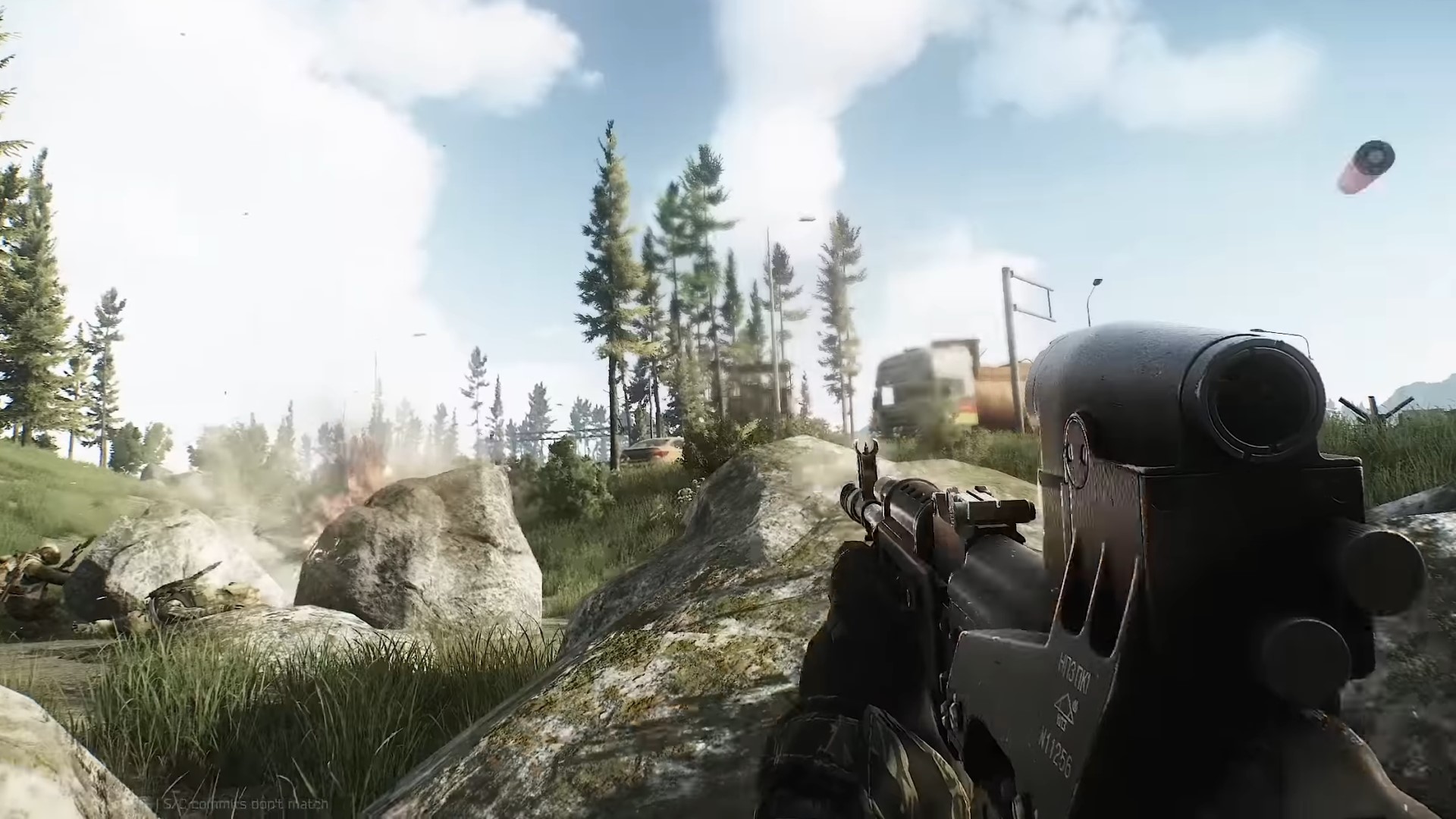 A new patch is inbound for Escape from Tarkov, and the hardcore survival game is getting some fancy new gear to hunt for in its treacherous urban ruins. Not only that, but beta patch 0.12.12 also features an all new map, possibly called Lighthouse or Quiet Coast. Here’s what we’ve seen so far.

The new map takes centre stage in the trailer, and it appears to be set in a resort area, with a lighthouse on an island that’s attached to the mainland by a narrow causeway. The map also features a water treatment area, with large cisterns arranged across a large, open field. However, there’s an attractive tourist lodge as well, featuring timber-beam construction, a weights room, and a cozy great room overlooking the water.

But lets get down to brass tacks here, and by that I mean hardcore operator gizmos. There’s a lot of new kit shown in the trailer below, including perhaps most notably a laser rangefinder. It’s a civilian model called the Vortex Ranger 1500 that you can pick up in real life at your local sporting goods store for around $350, but it’ll likely be worth a hell of a lot more than that on the mean streets of Tarkov.