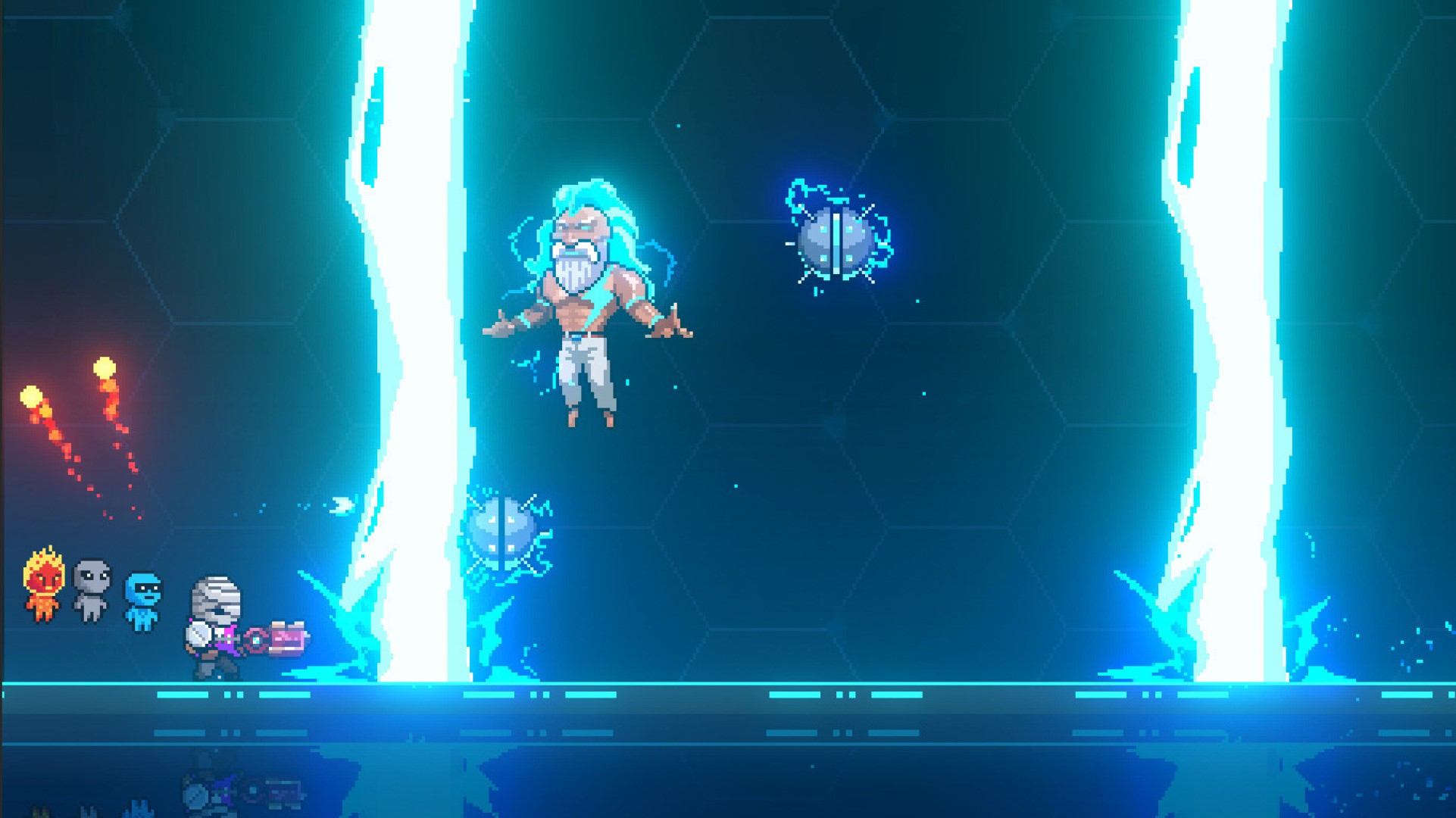 A daily free PC game from the Epic Games Store is now an established holiday tradition. Today, it’s Neon Abyss, a roguelike platform game about hunting down an upstart group of New Gods who’ve taken up residence underneath your favourite nightclub. It’s free for the next 24 hours, so head over to the Epic Store and snag yourself a copy.

Neon Abyss has a bright, neon pixel art look, but what’s most interesting about it is its item system. As in games like Enter the Gungeon and The Binding of Isaac, each run is determined as much by the weapons and items you pick up – and how they synergise with each other – as by the layout of the dungeon itself.

It takes a hilariously fanciful approach to weapon design, by the way. There are standard-issue guns that fire boring stuff like laser beams, but you’ll soon trade those in for the weirder weapons, like Jimmy and Terry – a pair of cats who fire splitting fish bones at your enemies. You can pick up active abilities like Awful Poetry, which damages all enemies in the current room when activated. Items run the full gamut, too – you might pick up a clown hat that gives you a chance of firing a fake rat from whatever gun you’re holding.