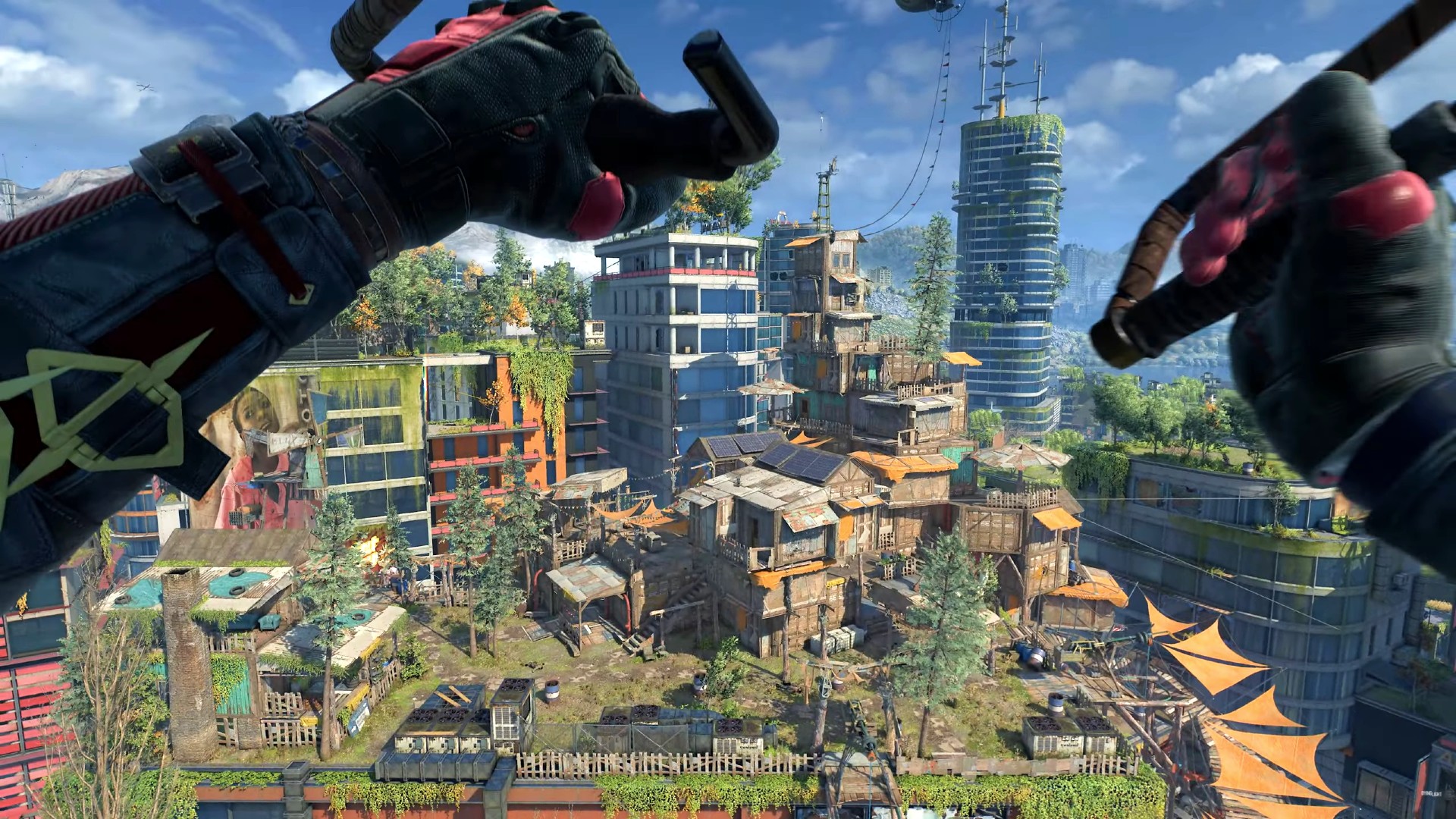 There’s another chunky drop of Dying Light 2 gameplay footage out in the wild today, which shows off a few of the features we’ve heard about in the upcoming zombie game. Developer Techland showcased the video today on its Twitch channel, and the clip provides a nice mix of combat, exploration, and character interaction – as well as some new locations.

The clip shows a quest called A Place Called Home, and it begins atop a nondescript building near the heart of the City, with a discussion between player character Aiden and Lawan, played by Rosario Dawson. Lawan wants Aiden to help restore power to an electrical substation nearby, and gives Aiden a paraglider to help him navigate high above the City’s zombie-infested alleyways.