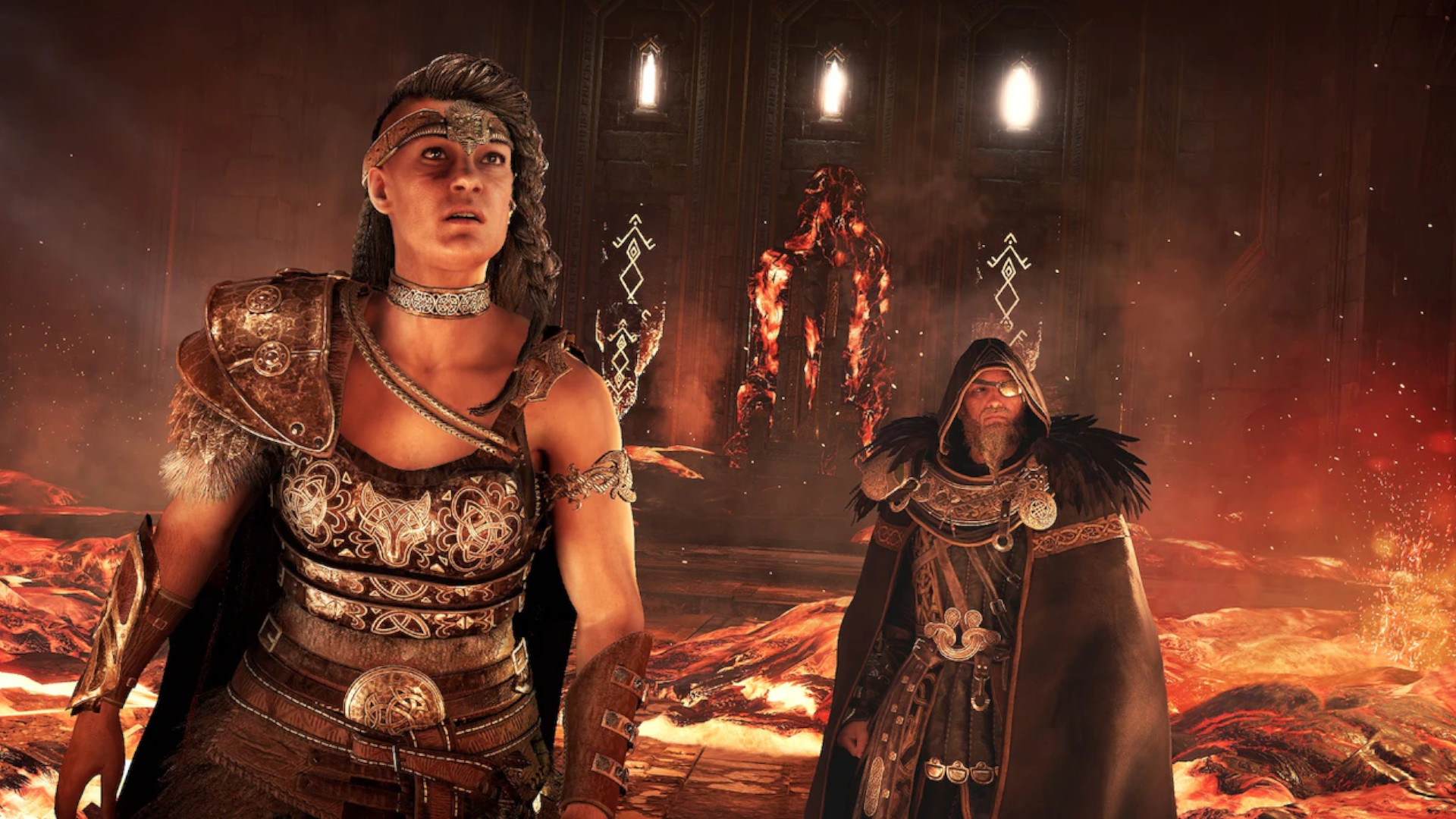 Assassin’s Creed Valhalla‘s next big DLC has been announced, after numerous leaks over the past few months. But now, it’s official: Dawn of Ragnarok launches in March 2022, and Ubisoft is calling this the “most ambitious expansion in franchise history”. Given the price, which hearkens back to the full expansion pack pricing of old games, it probably should be.

Dawn of Ragnarok launches on March 10, 2022 for $39.99 / £34.99. You will play as Odin, equipped with a range of divine powers to defend the dwarven kingdom of Svartalfheim. Baldr – Odin’s son – has been imprisoned by the fire giant Surtr, so you’ll have some personal stakes to push you through the story, too.

As always, Ubisoft has some incentives to get you to purchase early. Pre-orders will get you immediate access to the Twilight Pack, which includes a range of appropriately-apocalyptic looking cosmetics, including a fiery look for Synin and what appears to be a flaming wolf mount. (It doesn’t look like it’s actually Fenrir, though.)