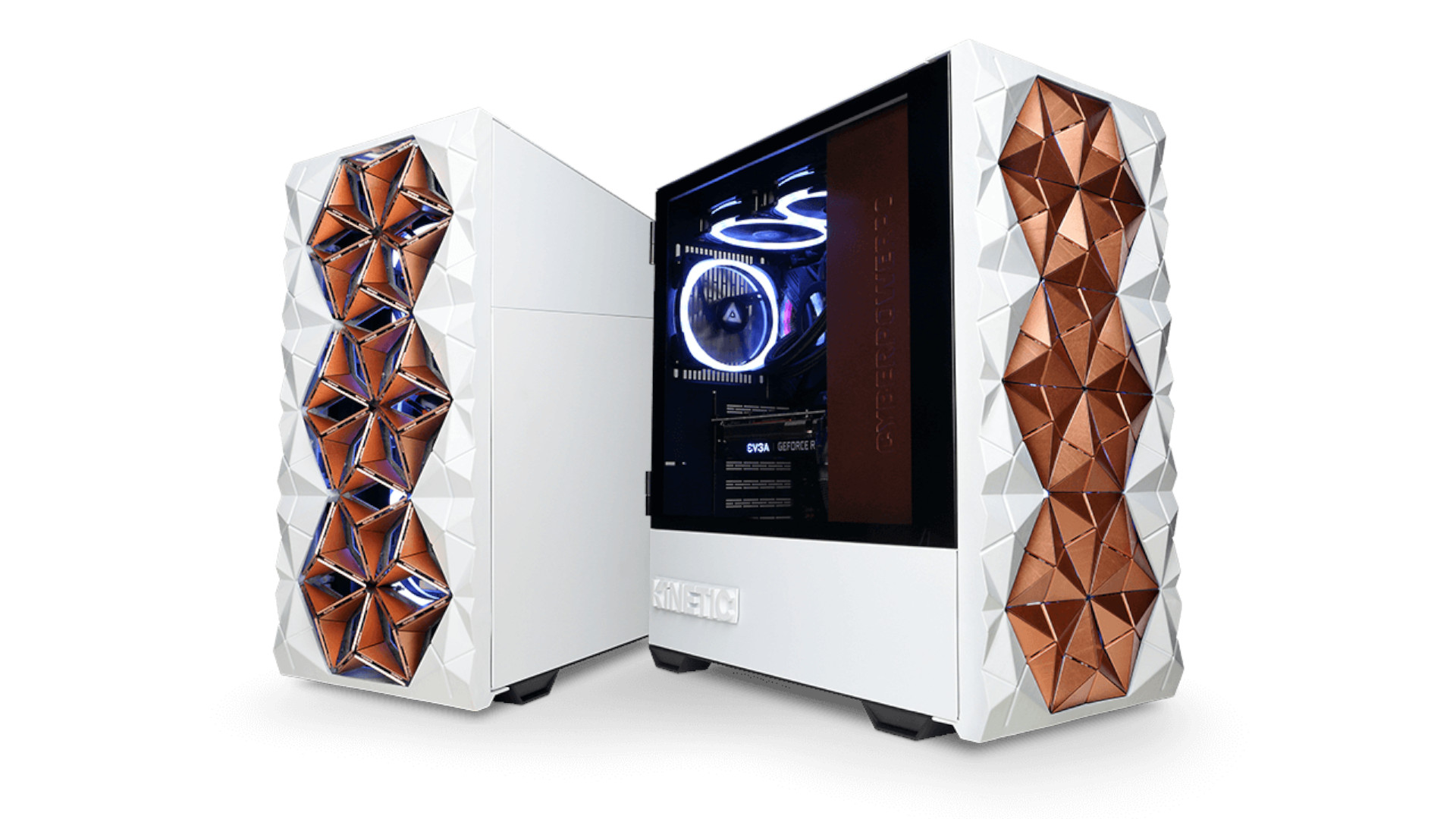 CES is often dominated by conventional bigwigs announcements from AMD, Intel, and Nvidia, but it’s also when manufacturers produce weirdly wonderful whatchamacallits too. Take CyberPowerPC’s Kinetic series gaming PCs, which are designed with a philosophy that in the company’s words isn’t about maximum airflow but “intelligent airflow” instead.

If nothing else, the CyberPowerPC’s Kinetic case is both stunning to look at and features a Deus Ex aesthetic. Each of the case’s 18 dynamic vents open and close based on the PC’s ambient temperature, and can subtly adjust their positioning to suit.

Inspired by kinetic architecture designs like those seen in the Al Bahr Towers and modern satellites, CyberPowerPC creative director Nam Hoang says the company didn’t want to “simply add more airflow, and wanted a case that dynamically provides the appropriate airflow for the situation in real time”.