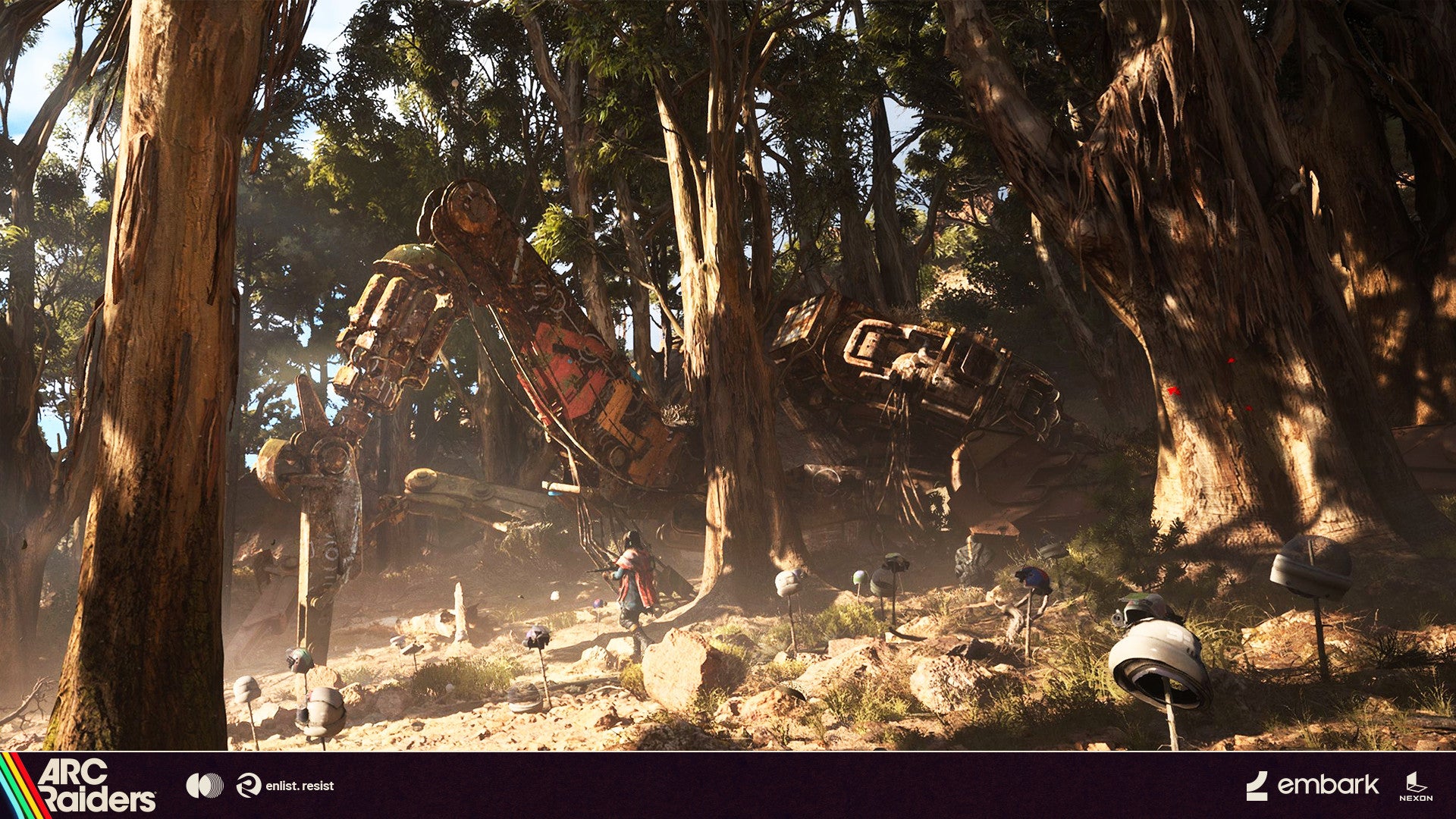 Arc Raiders, the first game from Embark Studios set up by former EA executive Patrick Soderlund, was revealed during The Game Awards 2021 this evening.

The game is a free-to-play, cooperative action shooter where together with your squad, you will defend your home and resist the onslaught of Arc – a mechanized threat descending from space.

In it, you play as one of the Raiders, who are a group of resistance fighters. With the help of an early warning system, you fight to protect your home against enemies dropping from orbit. And Arc are no slouches, because they respond to any resistance with “ever-increasing destruction.”