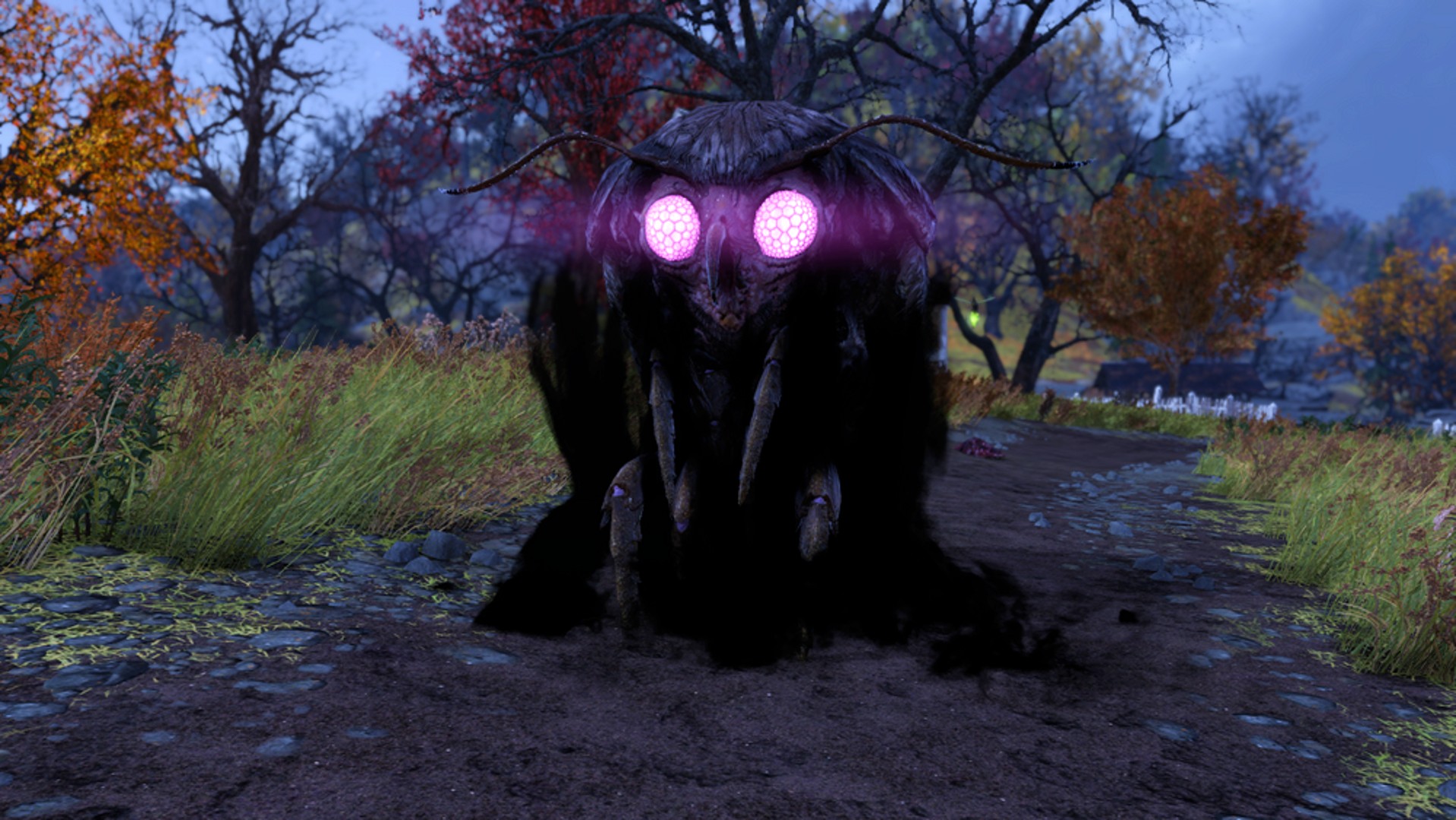 The holiday season has arrived in irradiated Appalachia, and that means it’s time for Fallout 76’s Mothman Equinox event. Now through December 21, the post-nuclear MMORPG will host a new seasonal event every hour in Point Pleasant, where a group of robed oddballs are summoning the Wise Mothman.

The Mothman Equinox event, as mentioned, is taking place in Point Pleasant, in the forest region. You’ll start out by speaking with Interpreter Clarence, who’s stationed on the roof of the Mothman Museum. By lighting ritual bonfires and fighting off rival mothman cultists (who worship a false and strange mothman rather than the one true Wise Mothman), you’ll be able to earn the benevolent cryptid’s favour – which, in turn, is a chance at some sweet loot.

Cultist high priests are wandering all over Appalachia, though, and you can hunt them down to earn new Mothman Cult gear. The patch notes, however, warn that you’ll want to keep an eye out for the cult’s shadow creatures. Sounds like you’ll want to bring along some extra ammo and Rad-Away.