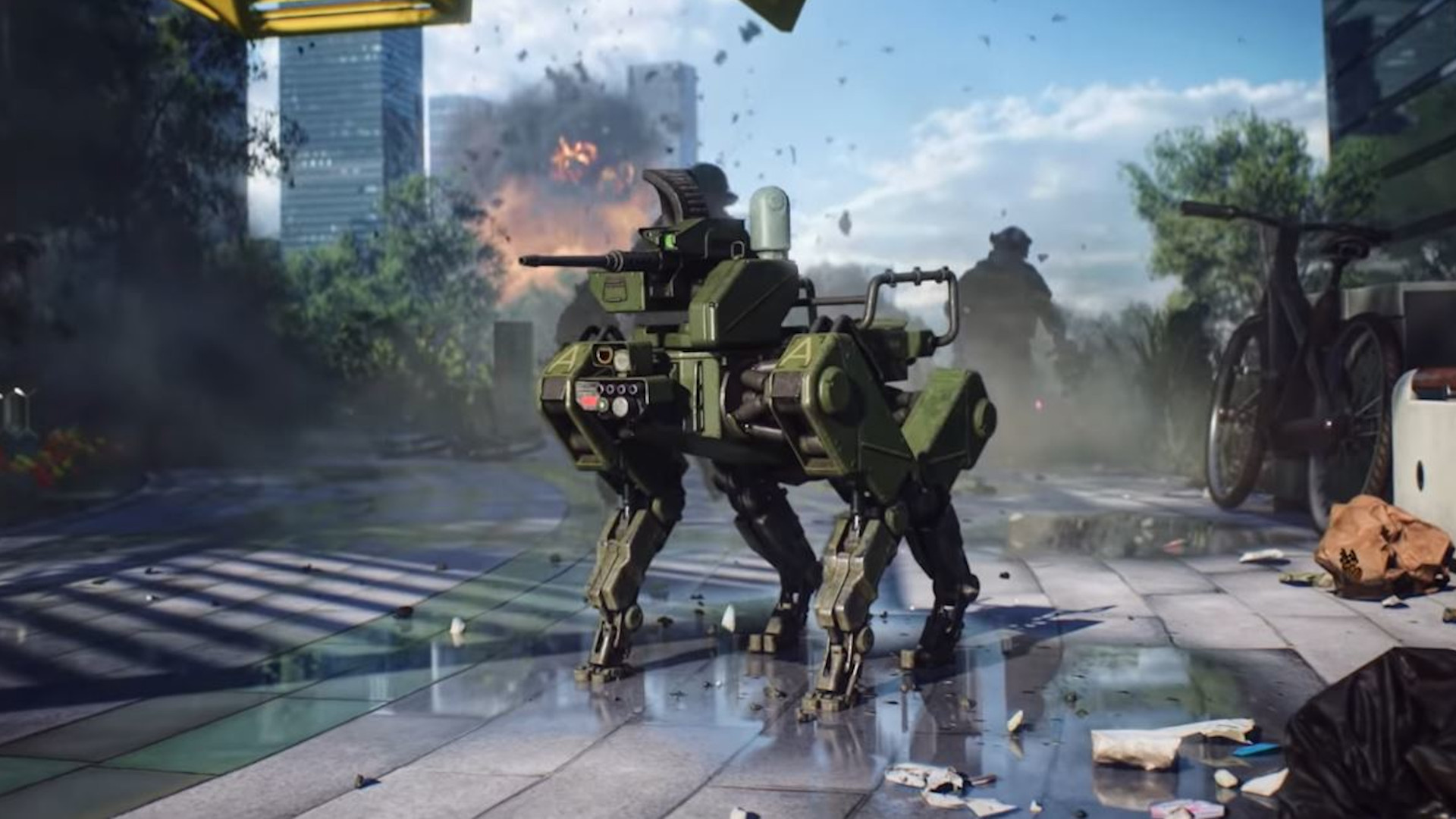 Battlefield 2042 is getting one last major update before the holidays, with a broad array of fixes and balance changes to improve the game. Update 3.1 features improvements to hit registration, plus balance changes for recoil and bullet dispersion, and a broad nerf to the Ranger bot. (I guess he’s been a bad boy).

There will be “improvements to bullets hit registration consistency”, as the update notes explain, though we’ll have to wait until the update goes live to see how those work in practice. The devs also note that “Ranger’s effective combat range and overall health has been decreased”, so expect the assault robot to be a bit less effective from here.

The big balance changes are for recoil and balance spread – in short, weapons should be a bit more accurate across the board from here. Accuracy will degrade more quickly when using burst fire, but it “now takes slightly longer for weapons to become overly inaccurate in sustained fire”. The devs say that “over aggressive recoil jumps” have been pulled back for the AK24, LCMG, PKP-BP, SFAR-M GL, and PP-29, too.