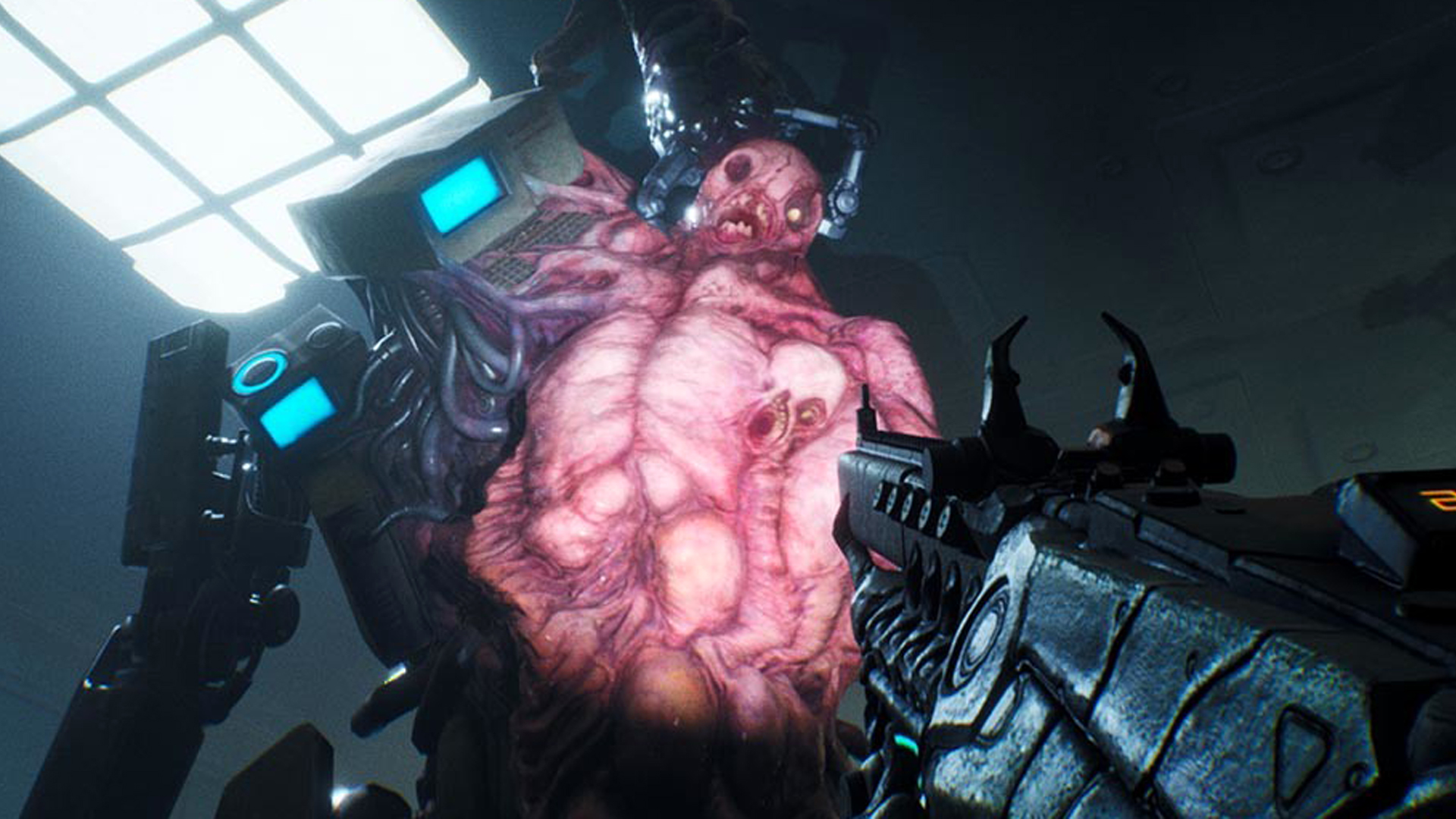 FPS publisher 3D Realms – who recently released the excellent retro shooters Ion Fury, Graven, and Wrath: Aeon of Ruin – has started the new year by teasing “something cool” coming in February 2022. Fans immediately pinpointed the teaser as related to Ripout, a Prey-like co-op horror FPS – which 3D Realms could now be publishing for a release next month.

In case you’d forgotten, 2006’s excellent portal-y sci-fi horror FPS Prey – the original, not the immersive sim reboot – was actually published by 3D Realms during the time when everyone was still expecting Duke Nukem Forever to be good. Sadly, Prey 2 never came to be and the rights changed hands to Bethesda.

The new FPS 3D Realms has just released a short teaser for is not Prey but definitely appears Prey-influenced, and despite the publisher not mentioning it by name Twitter users immediately identified it as Ripout – a single-player and co-op horror FPS from Pet Project Games with a “living pet gun”.